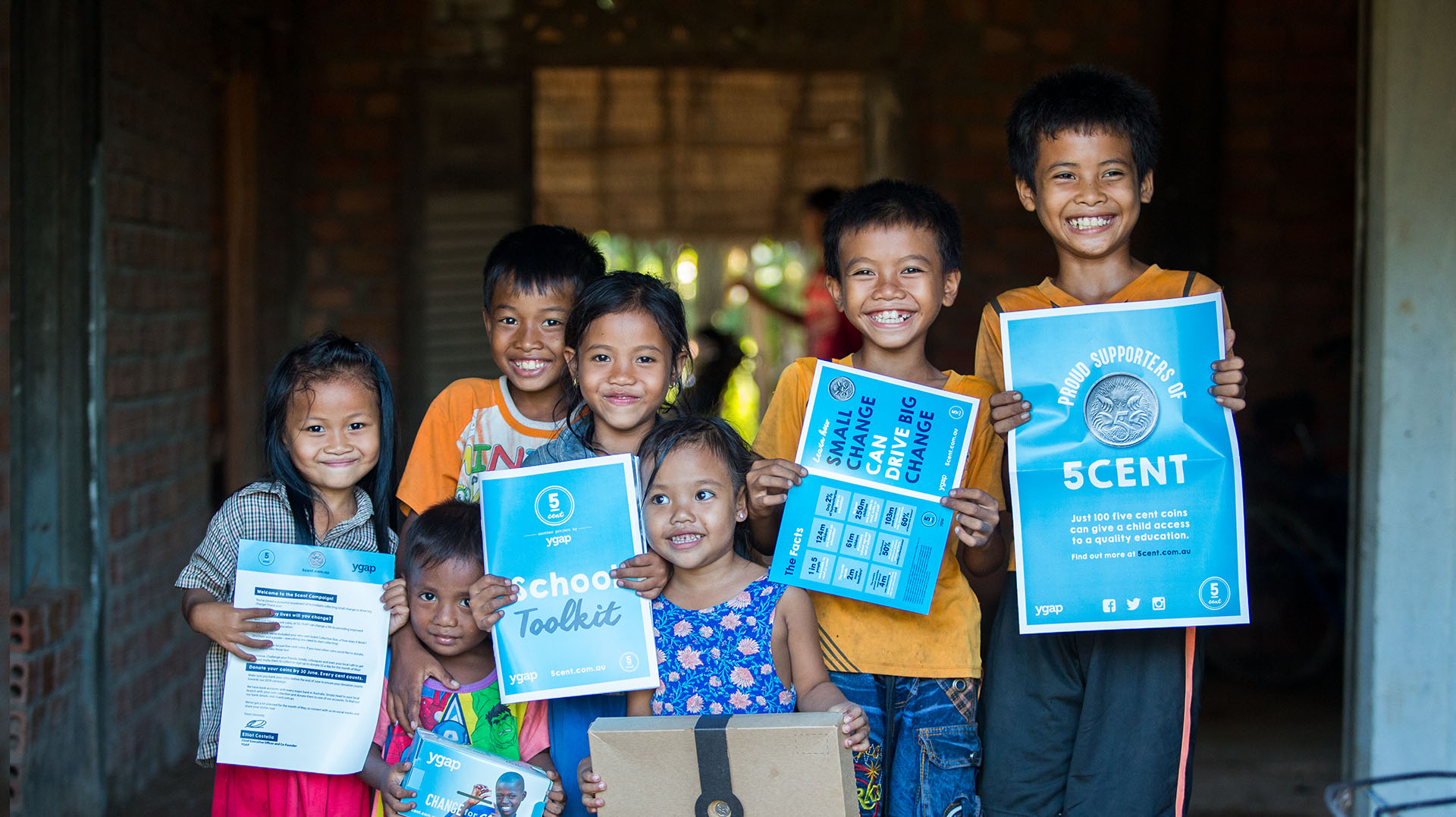 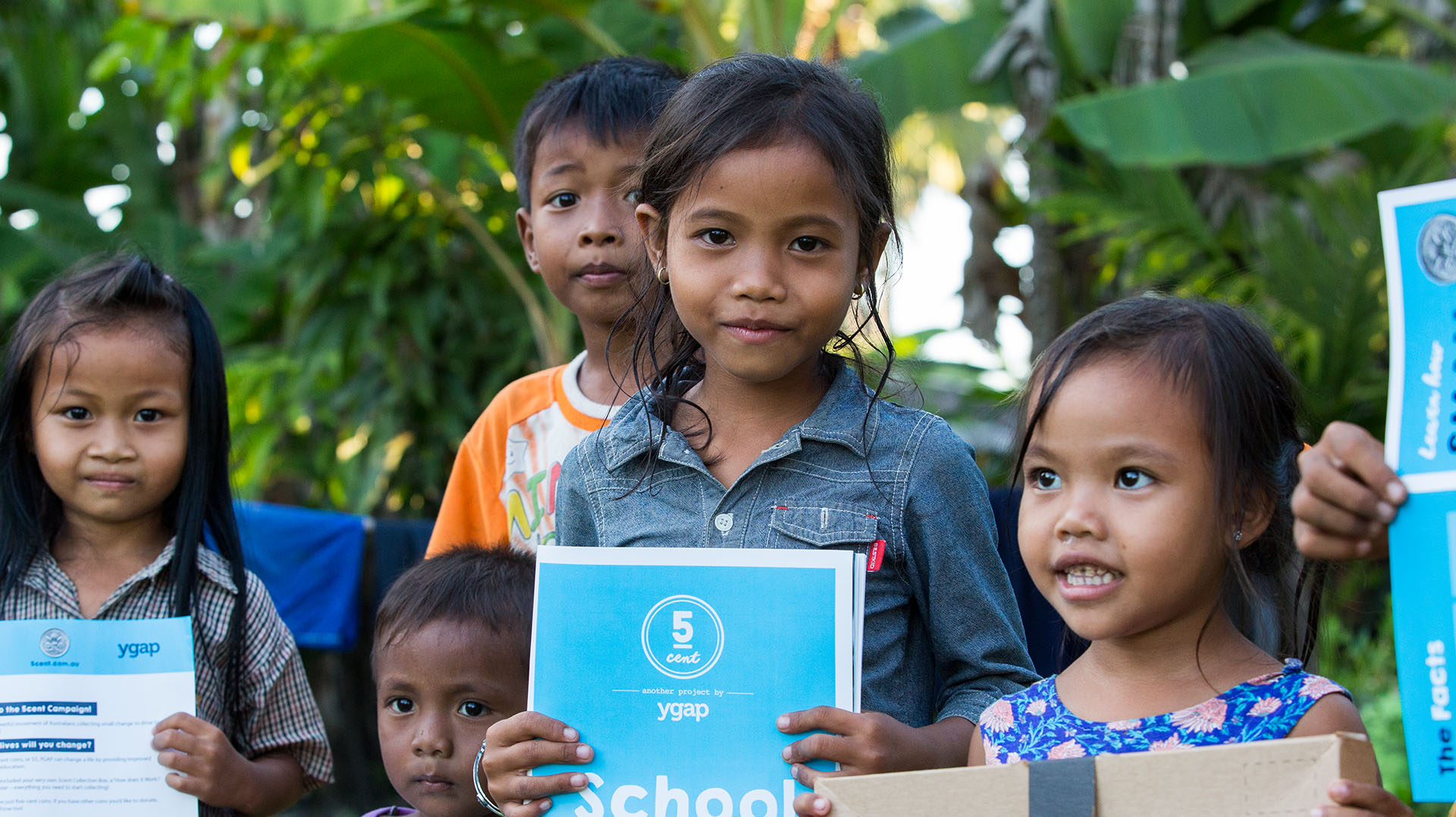 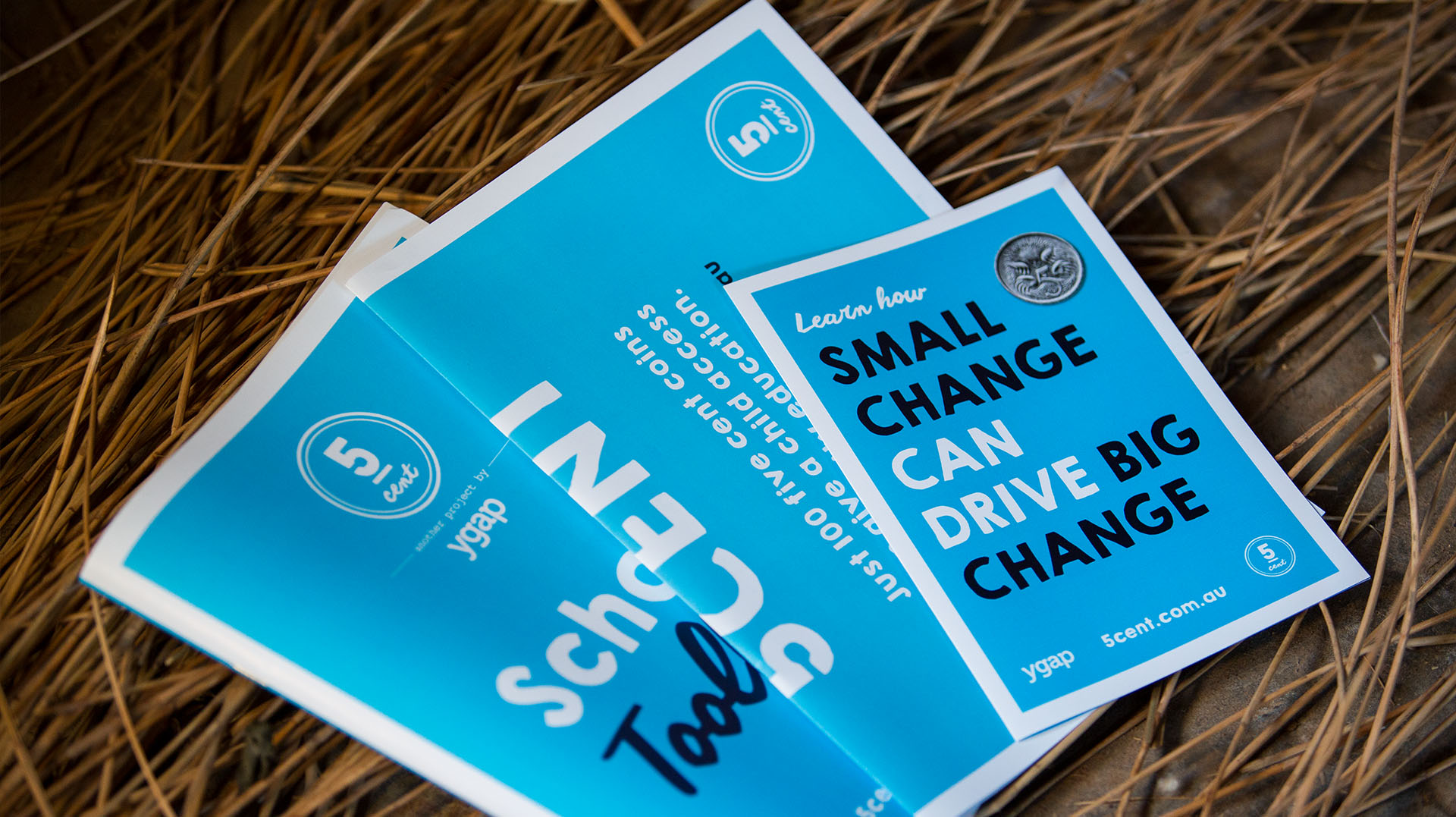 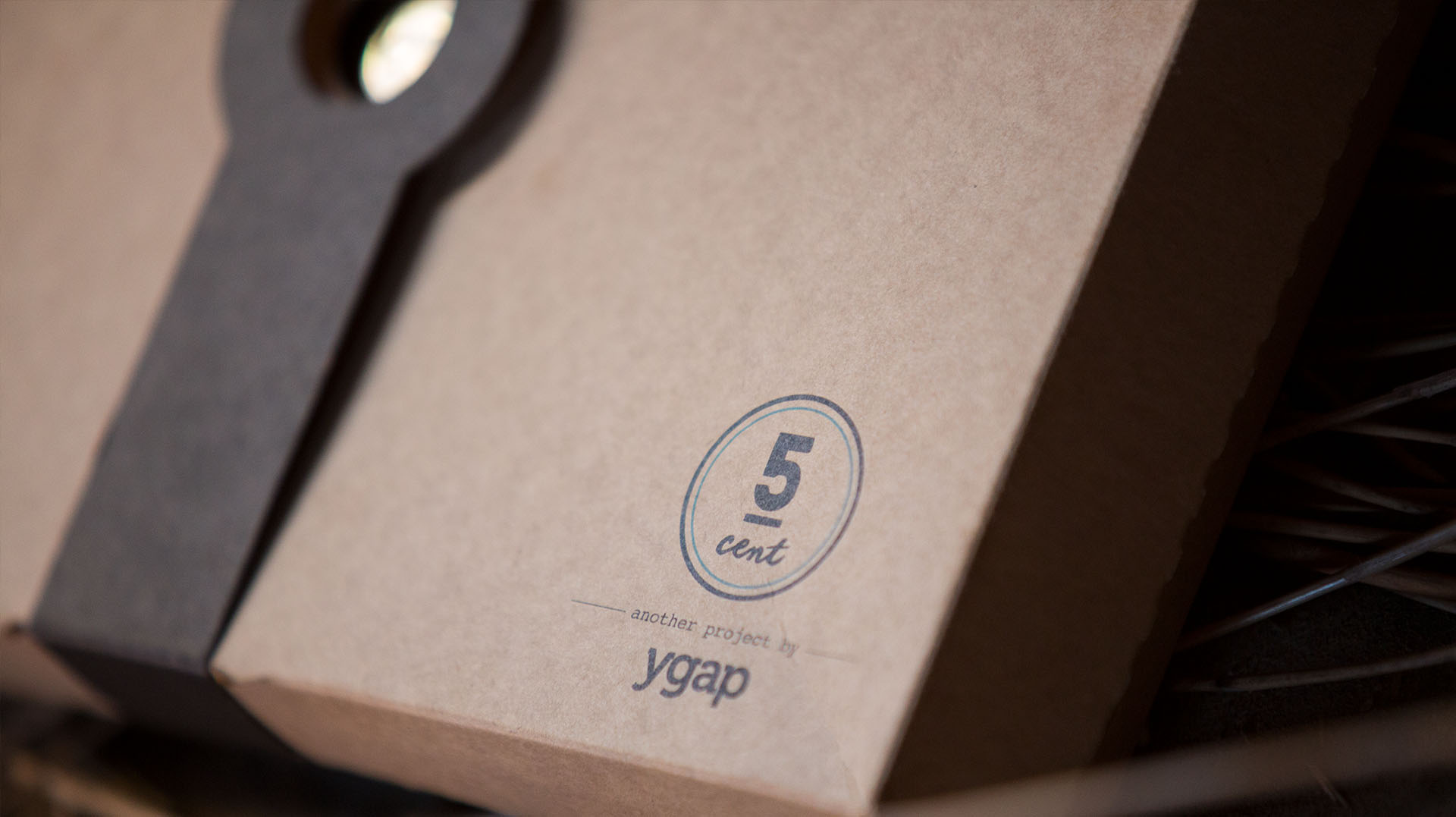 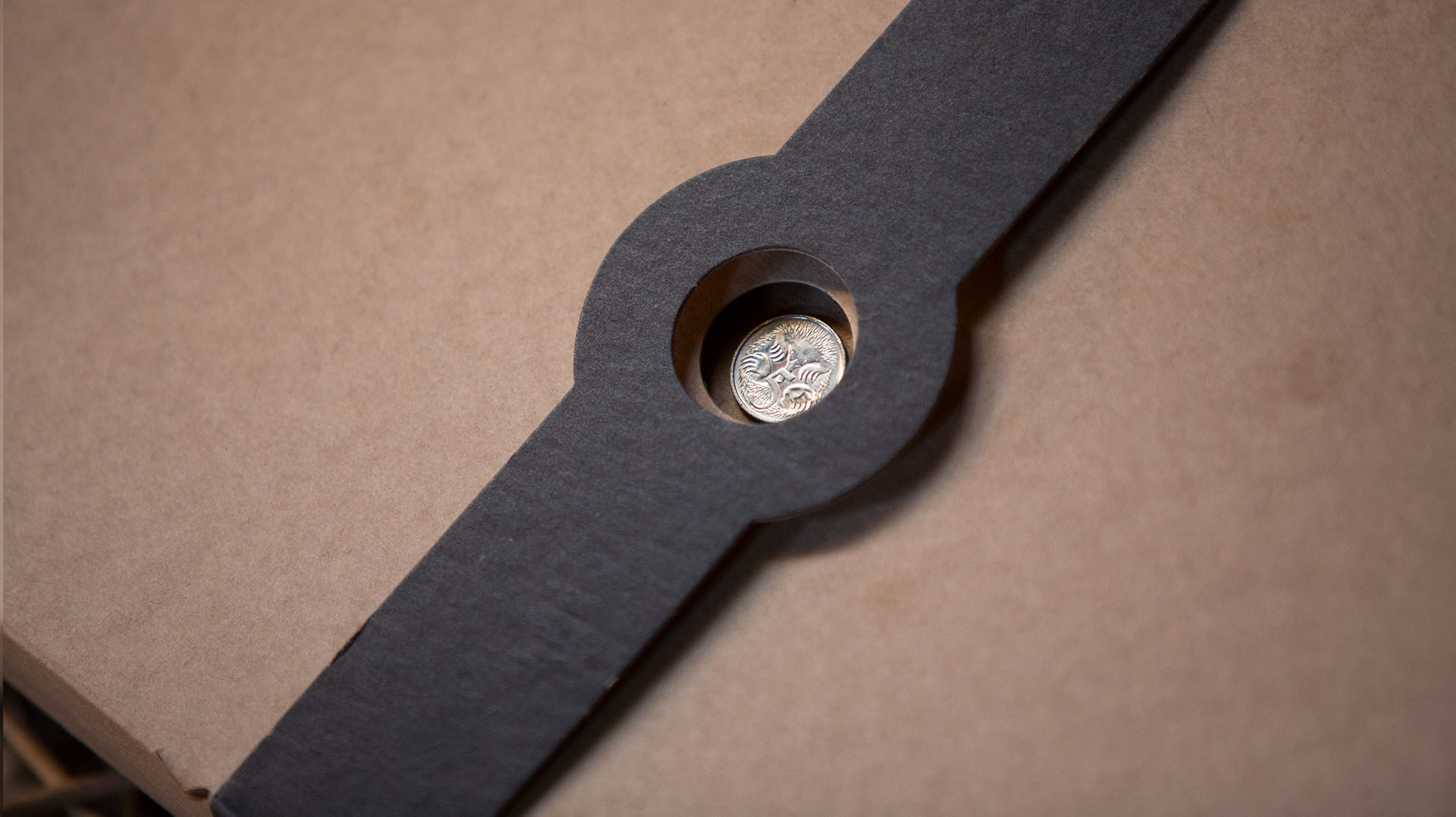 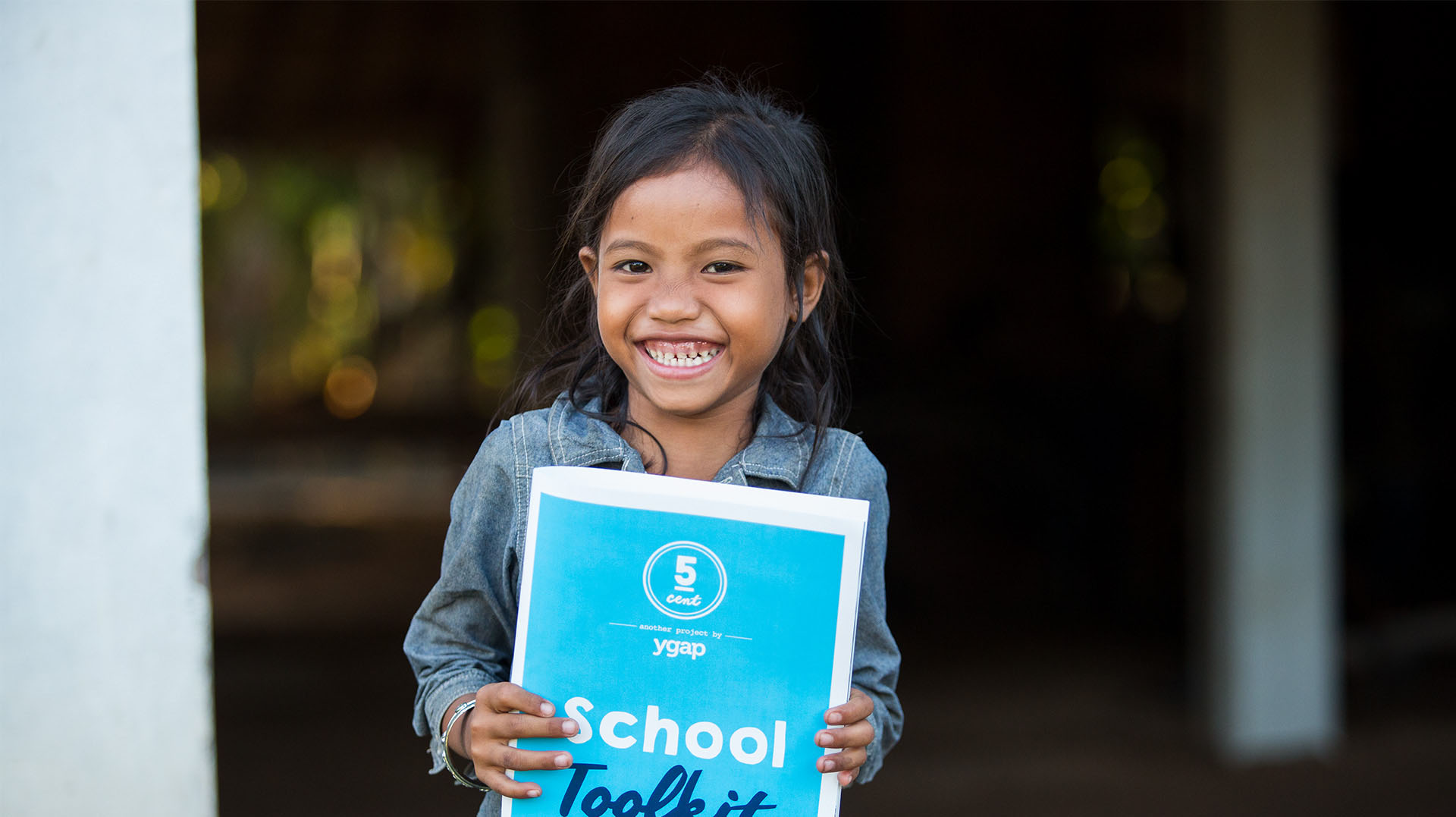 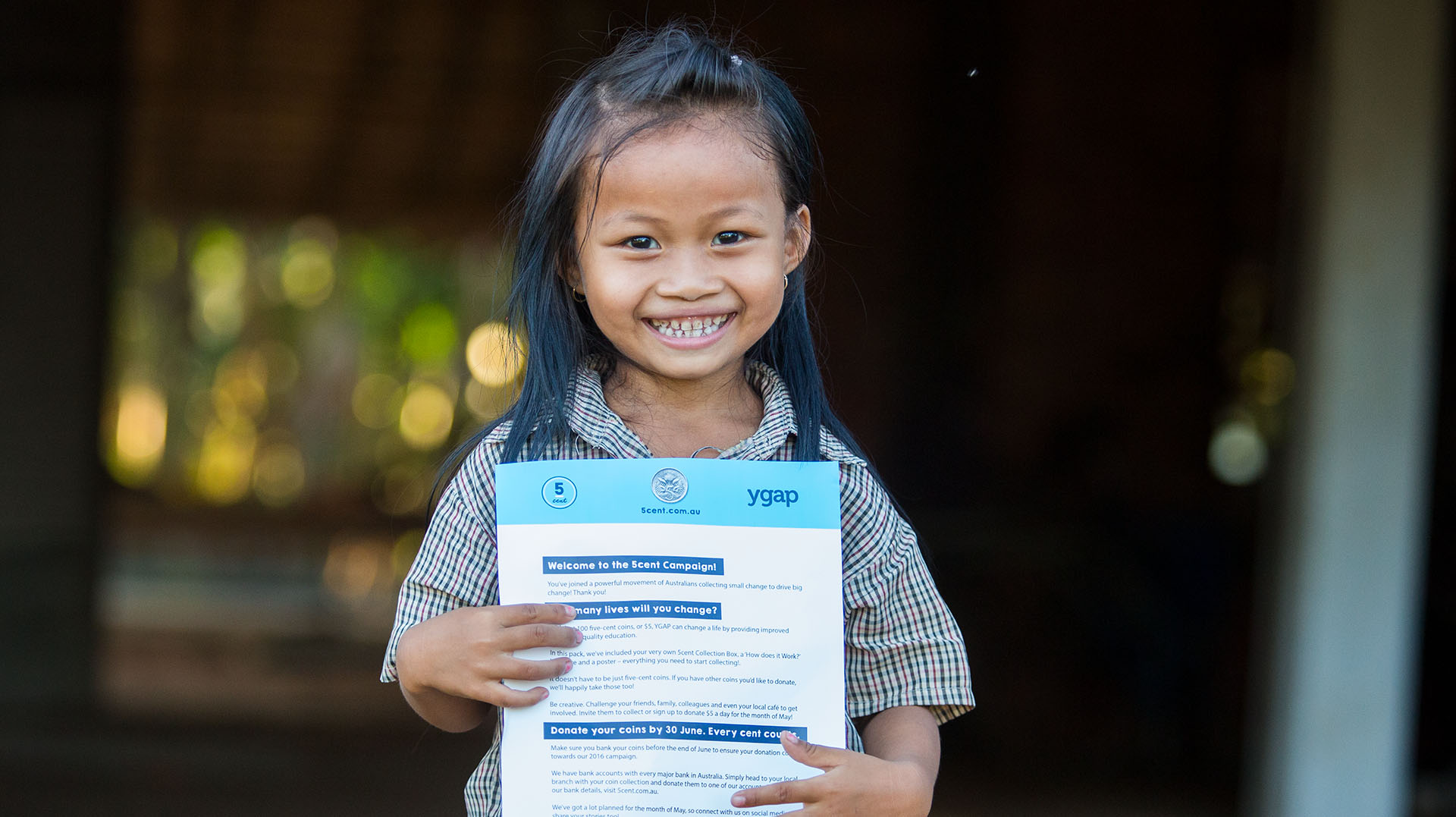 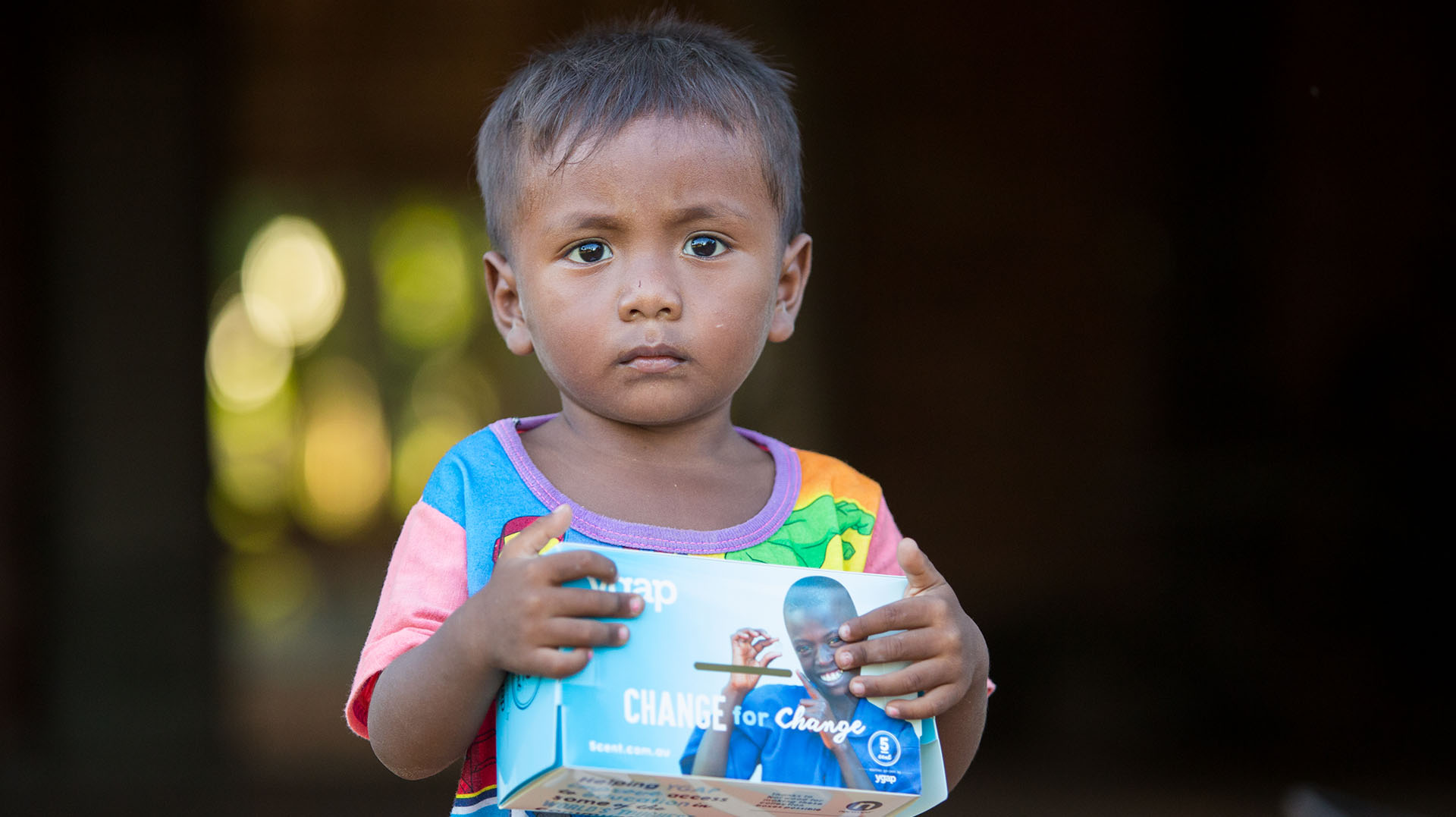 YGAP’s 5cent campaign inspires everyday Australians to take a stand against one of the root causes of global poverty. The innovative fundraising campaign helps them put value back into the five-cent coin and ensures that every child has access to education.

In 2015 we were approached by YGAP to help print the 5 cent collection boxes. We jumped at the chance to help out this great cause. We also offered to go one step further as we wanted to help get the 5-cent campaign achieve its biggest year ever. After a few meetings at YGAP’s Feast of Merit, we decided that we would also design, print and deliver media packs to local celebrities and supporters.

Hamish, one of our industrial designers, designed a box that had a false lid with an actual 5cent coin glued to it. Inside, we included a collection of information leaflets and supporting documents along with a few collection boxes to kick-start the campaign. The media pack was a hit! It helped YGAP in raising $171,150 and even got some compliments on the morning segment of Fox 100, which is one of Melbourne’s largest radio stations.

For this photography shoot Tom, our photographer, kindly took one of the media packs over to Cambodia. He carefully stowed it away in his luggage as he made his way around for three weeks waiting for the right time to shoot. In the middle of the jungle, a local family Tom visits every year during his photography tours said they would love to help out. The kids were so excited and had a ball running around and playing with the pack. This is the exact type of community YGAP aims to help and it is fantastic they could be a part of this. Suffice to say next time Tom visits, he will be carrying some lovely gifts.

Text Goes Here about the Date

Michael Percec joined Norwood in December 1994 as an accomplished Die Cut Machine Operator. He continues to commence work at Norwood around 4am each day for his early morning shift, and operate his favourite machine. Michael has a tremendous work ethic and remains a valued member of our production team. 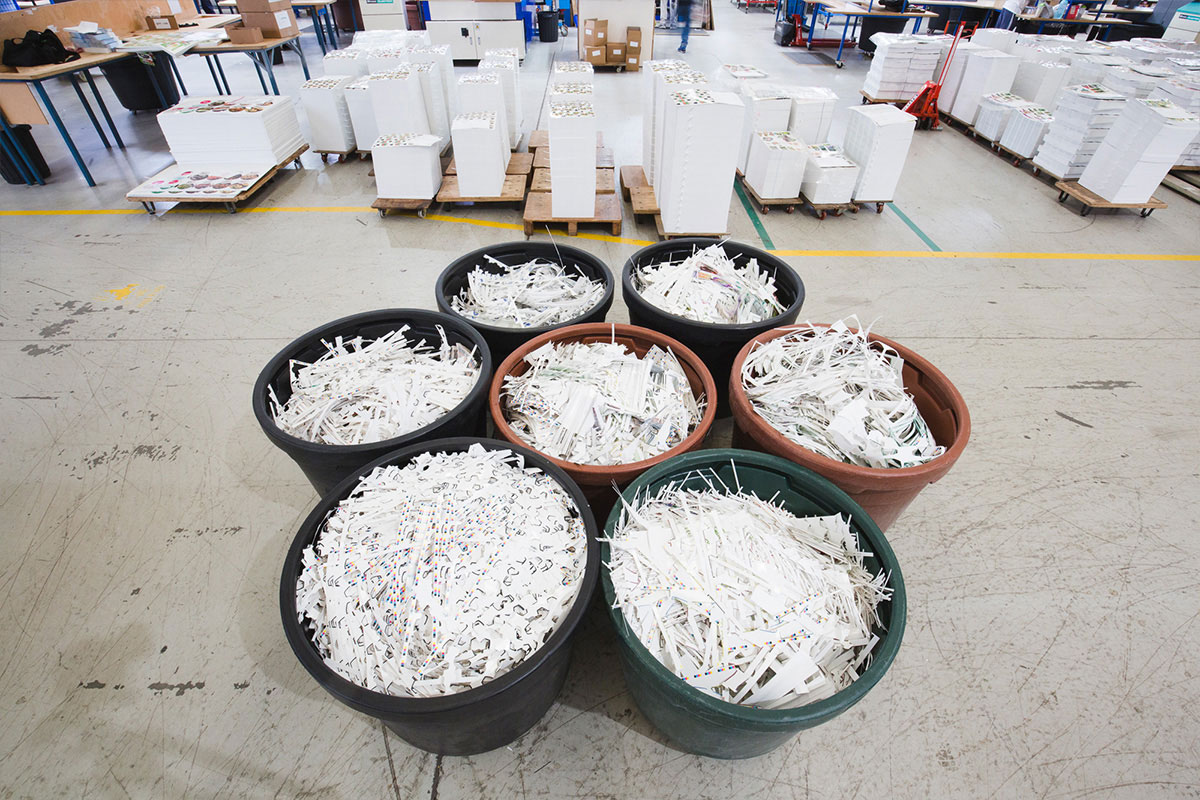 Norwood recycles as much of its production waste as possible. The bulk of this is from offcuts of its quality Polypropylene sheets which are used for Norwood’s plant tags and other printed material and is highly rated for its recyclable properties.

Norwood’s recycling partner, Martogg takes a ‘cradle to cradle’ approach to the Life Cycle Management of plastic products. Martogg has extensive knowledge of the plastics industry and polymer technology and they formulate and recycle our plastic waste into value added, quality polymers that are used in the manufacture of new plastic products.

Norwood maintains 40 video surveillance cameras (both internal and external) due to the security sensitive nature of its printed material, together with its compliance requirements to hold a Known Consignor accreditation by the Department of Infrastructure for its exported products. Security is also enhanced with restricted access to key manufacturing areas. 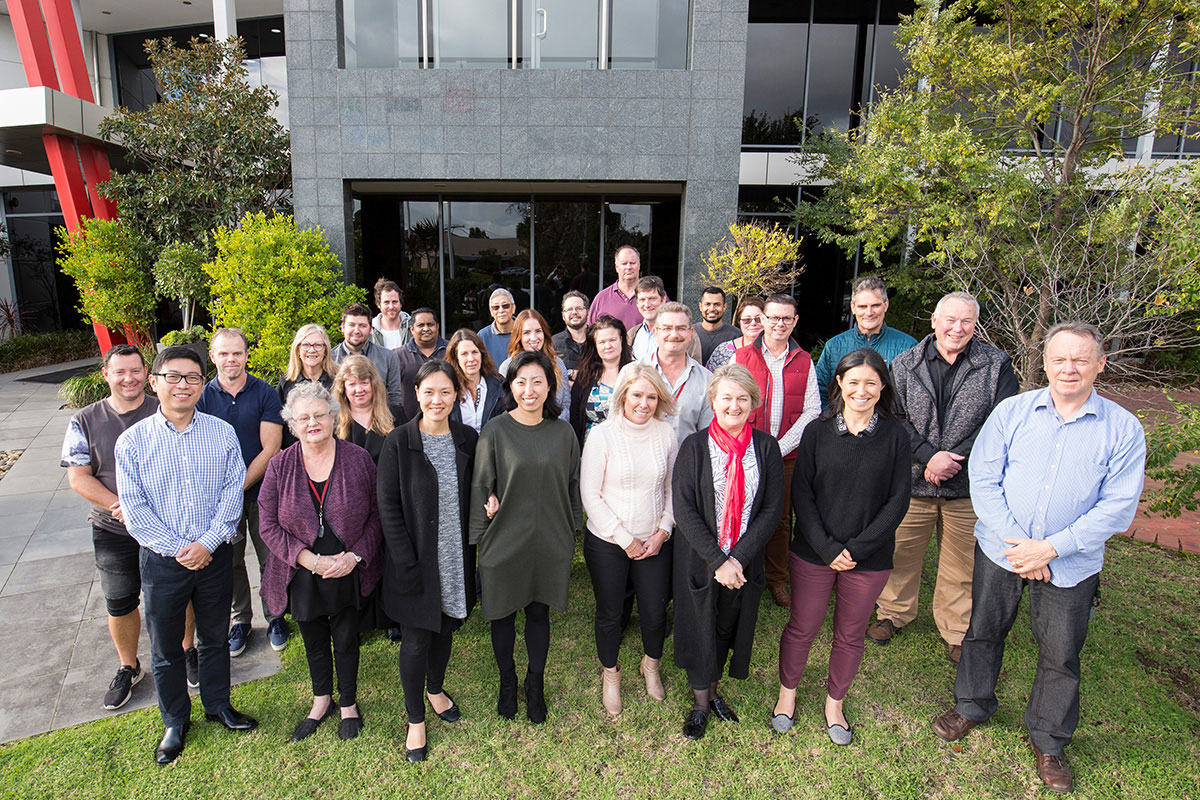 Norwood prides itself on the retention of its loyal and dedicated staff. With just under half its full time employees serving in excess of 10 years, the company continues to provide a challenging and rewarding work environment with opportunities for advancement in different areas of the business. 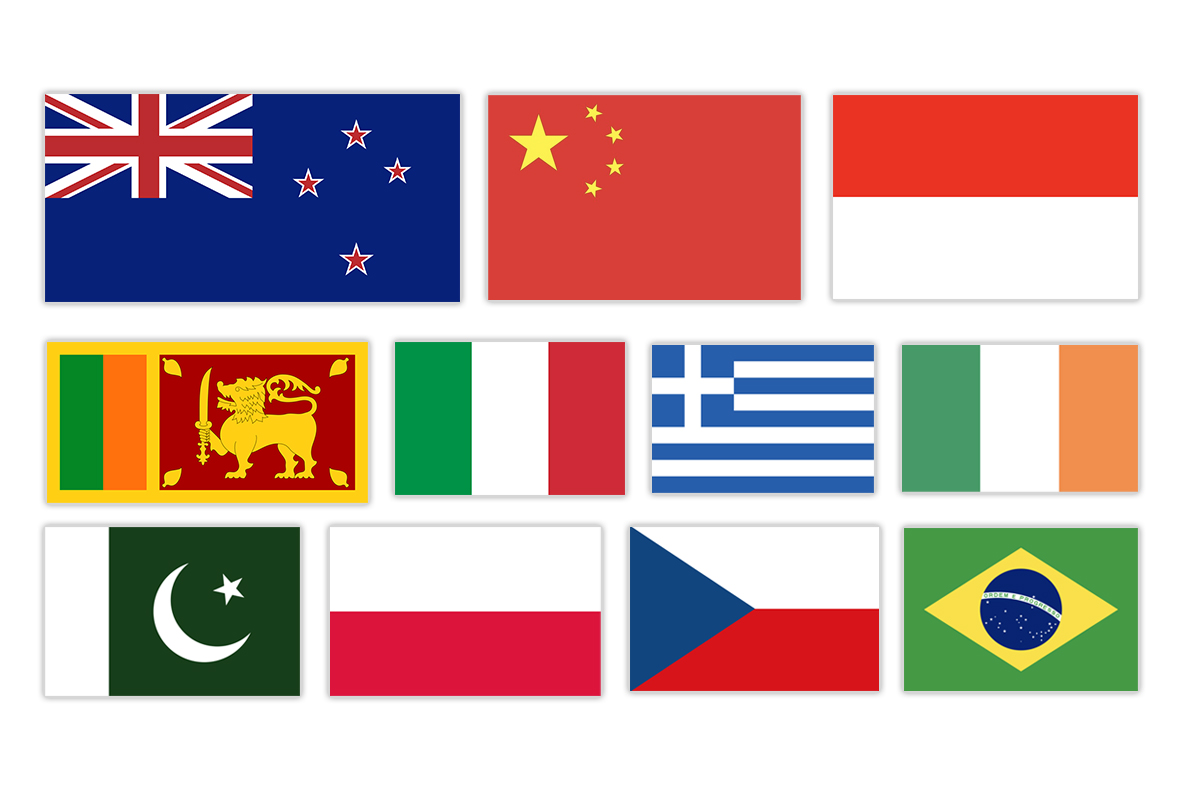 In 1999 Norwood assisted Note Printing Australia (“NPA”) with the manufacture of various foreign currency Polymer Notes. NPA was unable to fill its foreign currency obligations at that time due to capacity issues and the impending “Y2K” bug.

The Y2K bug was a computer flaw that was anticipated to cause problems when dealing with dates beyond December 31, 1999. It was expected to create havoc in computers and computer networks. Foreign governments therefore placed large orders with NPA to print more of their cash, fearing that people would withdraw their funds from banks in order to avoid the potential effects of the Y2K bug. 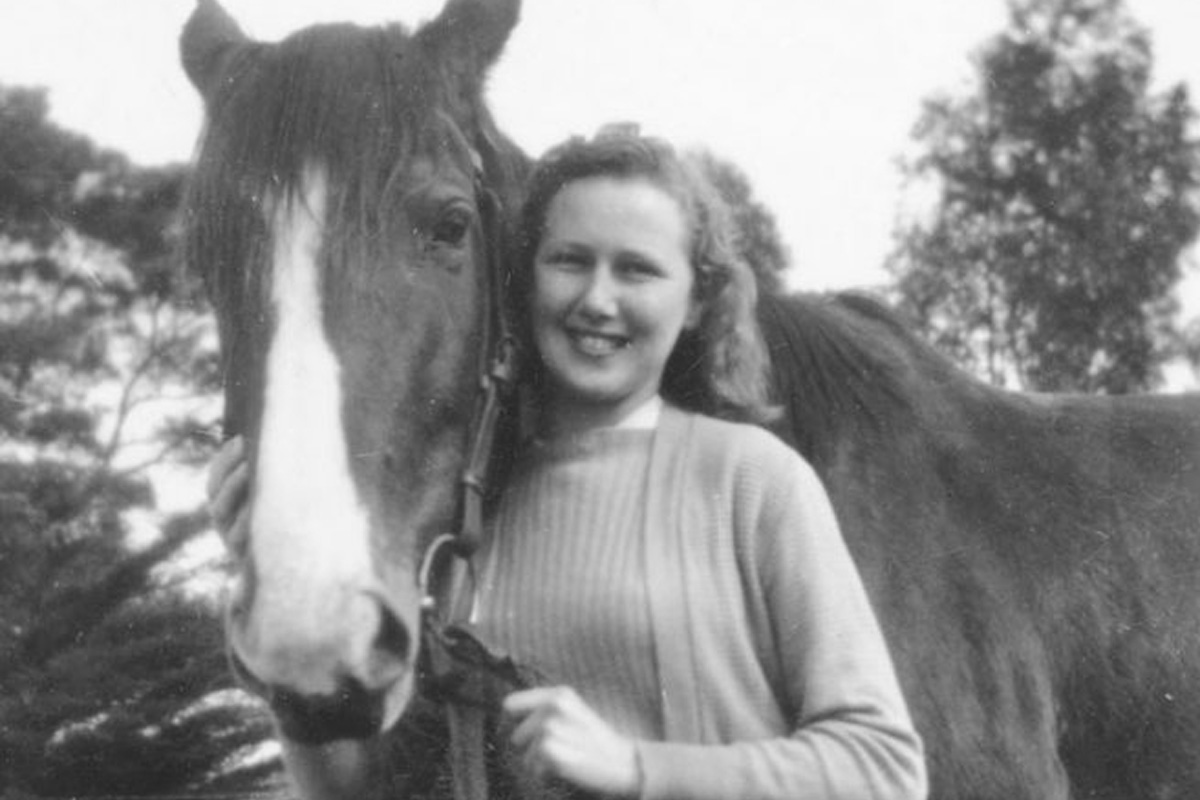 Kath Garner (co-founder of Norwood) was raised on a dairy farm in Cobains, East Gippsland, called “Norwood” that her parents named after the church they attended in Liverpool, England before migrating to Australia. Don and Kath Eason adopted the name for their new printing business in 1960, in order to preserve the special memories of the farm during her childhood.

Norwood’s blue trolleys were designed by its Industrial Design Team to maximise the transport efficiencies of products from Production to Despatch. Each trolley is designed to hold and display 128 shoe boxes of products. Norwood’s 25 longest serving (current) staff each have a trolley named in their honour together with a photo of their work environment.

Norwood’s massive factory roof provides the perfect harvest area for the collection of rain water throughout the year which is stored in a series of interconnected tanks. The water is used in Norwood’s toilets and for the irrigation of thousands of plants throughout its beautifully maintained gardens.